State lawmakers and visitors to the state capitol were entertained by some special guests this week. Students from the North Metro Academy of Performing Arts visited the golden dome and performed the state song, Georgia on My Mind as well as several songs from their upcoming Spring Musical, OZ. The scholars, who were introduced by state Rep. Brooks Coleman, were invited to the capitol by state Rep. Pedro Marin to showcase the talent of the North Metro Academy Performing Arts Players.
These select scholars represent creativity in dance, music, and drama for the entire student population. The group has performed all around Gwinnett County in parades, festivals, churches and school events just to name a few. The students will also perform with Georgia’s National Chorus in Athens later this year.
Beauty P. Baldwin, the founder of North Metro Academy of Performing Arts, is proud of the school’s talented students. “Experiences like the State Capital performance give students a real-life application of the integration of academics and performing arts,” Baldwin said. “They are not only proudly sharing their immense talents with state lawmakers, the students are also seeing firsthand how our state government works.”
North Metro Academy of Performing Arts is a Gwinnett County Charter School in Norcross. It is a free public charter school founded in 2014, and designed to provide all students access to a quality education that is integrated with music, drama, and the arts. 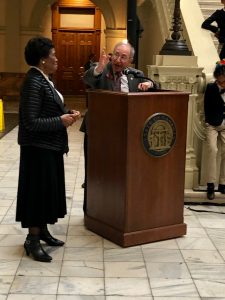 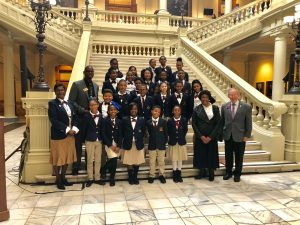 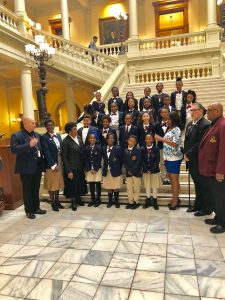